I sat in a horrified fury as the pastor spoke some of my greatest questions and deepest beliefs in a mocking tone in order to stress his point. Everybody laughed.

In one hour, the environment I had grown to love, where I felt spiritual freedom to think and believe and love exactly as I was made to, was demolished. In one hour, the kind, intelligent, and supportive people I had grown to respect transformed into enthusiastic bobble heads, shouting out their agreements and Amens before a point was even made.

My heart was broken, my spirit crushed. I cried hot tears of grief and mourning as I drove home from the young adult’s group that Monday evening. Once again, I do not belong.

In the days that followed, I felt achingly lonely. I tried to talk about it with the people I trusted most, who had previously been so open to growing together in our differences. But anytime I started to bring it up, the subject was immediately changed. It was clear they didn’t want to hear it.

I asked God to please help me understand what everyone else was in agreement with. What is wrong with me that I cannot find truth in this? The deafening silence that responded emptied my soul; I felt completely alone.

This is the exact spiritual abuse I was brought up in. The practice of: “if you are not with us, you are against us.” It is the reason I do not trust the church, the reason my spirit is uniquely sensitive. I did not belong then and I certainly do not belong now. But as much as I long for belonging, perhaps I was not made to belong. Perhaps I was made to stand out.

As I meditated on this thought, I began to feel a loving presence wrap its arms around my soul, filling me with peace and healing my heart. There is nothing wrong with me.

The subtle attempt to control God, or “the theology of more” as my therapist calls it, is simply not something I can ever come into any kind of agreement with. The command to always do more – pray more, worship more, give more, sacrifice more – in order to get closer to God. The idea that we must live a certain way and follow a set of laws in order to please God and receive His blessings – I choose to live outside of this idea, to turn away.

If God created each of us with different purposes and unique gifts, why would he want us to live exactly the same way? Can we not just trust God to tell each of us individually what he wants for us, without becoming so fearful of the unknown we must create laws in an attempt to control the outcome?

My turning away from the church feels strongly like turning every ounce of my being directly towards God. It is lonely and painful, losing the comforting sense of community I thought I’d acquired. But in letting go of this, I am stepping out of God’s way and allowing Him to love me and to do with me what He wants. Whatever that may be, I am on board. I trust His plan and His timing. I may be lonely, but I am certainly not alone. 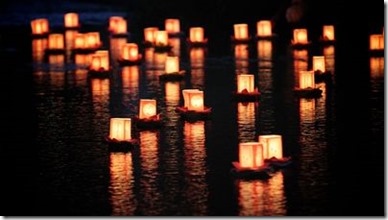 Five years ago, at a very different stage in my life, I was sitting in a local watering hole with two close girlfriends. We three had gathered in support of our mutual relationship failures. Sitting in that booth were the dumped, the cheated on, and the unrequited.

Hours later, after much sulking and even more drinking, a ritual was birthed. Without judgment we listed the names of everyone we had given ourselves to, whether physically or emotionally and regardless of significance or brevity. A description was sometimes required in lieu of a name.

Recounting our disappointments, losses, and regrets of the past was a sobering experience. Then, with love and acceptance, we went out to the patio, lit the list on fire, and watched as the past dissolved into nothingness.

There was a scary moment when the wind blew the flame toward us that sent us running back into the bar in a fit of laughter. The laughter continued for the rest of the night, carrying with it a sense of healing and friendship.

As a devout non-believer, I have often balked at the complicated rituals performed by religious organizations. The sit-stand-kneel-pray-sing-repeat of the Catholics. The hands-in-the-air speak-in-tongues slain-in-the-spirit of Evangelical Christians. The five daily prayers of the Islamic. The chants and sacrifices of the Hindu. The resting and fasting of the Jewish. Plus millions more that I am not privy to.

But rituals are not limited to worship alone. Both inside and out of religious communities there are rituals for birth, death, puberty, graduation, marriage, accomplishment, etc. A ritual can be any sequence of events, often used in repetition, which serve to symbolize a beginning, an end, a transition, a rite of passage, a celebration, or any personalized event in your life.

It may sound silly but that long routine of brushing, washing, exfoliating, and moisturizing that you do before bed is a ritual.

Many athletes invent rituals to help themselves get in the mindset needed to focus or perform on a competitive level.

Whenever I am feeling sick or sad, I eat a shit ton of mint chocolate chip ice cream. Certainly that is a ritual, despite the negative effects it has on my health and weight.

Humans are highly emotional beings and rituals can be helpful tools of control. When faced with uncertain situations especially, they can be an excellent way to deal with difficult feelings. Or as my therapist explained it to me, “A ritual can be a good place to put the feelings that you are struggling with.”

These days, I struggle to deal with anger that began nearly 20 years ago. An anger that has stinted my personal growth and impacted my ability to trust and interact with people.

It is disturbingly easy to hold on to anger. In fact I’d really like to. For me anger means safety from hurt and safety from the unknown. But as comforting as my anger has been, it has been equally poisonous.

And so it has been advised that I complete the impossible task of letting go in the same manner that three young women once dealt with broken hearts; by creating my own ritual that acknowledges my anger and then releases it, allowing fire to burn it until there is nothing left.